A Day Before The Pandemic 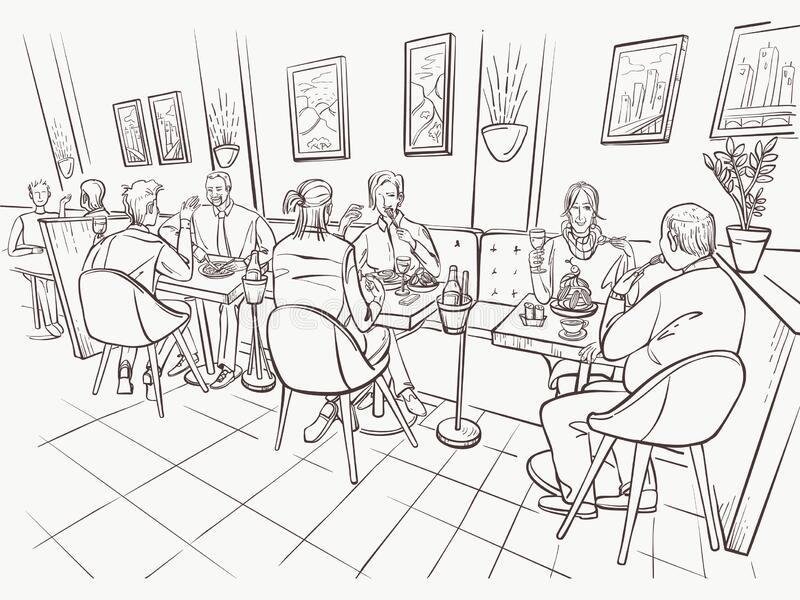 I walked around the corner of the street; and entered my usual diner for breakfast. The usual din made its way towards me as soon as I entered the Bell’s Diner. I ordered my regular salad and passed a few college lads who were sitting and drinking their juices in the corner, but their laugh and giggles made their way to my ears. Right across, I saw a teenage couple sitting in front of me holding hands. The girl was resting her head on the boy’s shoulder, and their pancakes, sitting on the table, were getting cold. “Teenage love”, I thought to myself and scoffed, reminiscing, about my own. I sat down on a rustic chair. The leaves rustled in the cold breeze. I saw a group of people most likely in their sixties drinking beers and talking about their younger lives. A father was feeding his daughter scrambled eggs while her mother clicked photos.

The commotion I was so intensely observing started to fade away in the growing noise of the television. Eyes unhurriedly turned towards the mini television that sat above the bar. “The Covid-19 virus has taken over the whole of Wuhan.” All the eyes glued to the television. “Oh, nonsense! None of it is going to make its way to India!” one of the elderly people said, banging his newspaper roll on the table. Everyone’s eyes averted from the television to the man and then back to the television. After a few more minutes of watching the news, the diner returned to its liveliness.

I left the diner for my office. After going through the usual meetings and a huge pile of work, I caught the regular 8 P.M. bus to leave for a bar, a short walk from the diner. I was meeting my friends for dinner and drinks there. The crowded bus arrived carrying people returning home after their day’s work. It was rush hour and I struggled to find a vacant seat. I sat down on one of the last ones by the window. With music blasting through my earphones and a cool breeze brushing through my face, tangling my hair, the ride seemed to end rather quickly.

I was the last to reach and was greeted with several “Hellos”, hugs, and dinner. Alley’s bar was almost full of people enjoying their time after a hard day at work. Cheers and laughter surrounded the bar. However, soon it was all cut off with the increasing volume of the television over the counter, just as it had in the diner this morning. “We present here the first case of COVID-19 infection reported in Kerala, India. On January 27, 2020, a 20 yr old female presented to the Emergency Department in General Hospital, Thrissur, Kerala, with a one-day history of dry cough and sore throat.”, the reporter stated. I looked at the people around the bar. Cheers and laughter vanished, a certain stillness followed, and then even before I could process the daily news the pandemic had begun.