The One Where Everyone is Locked Down 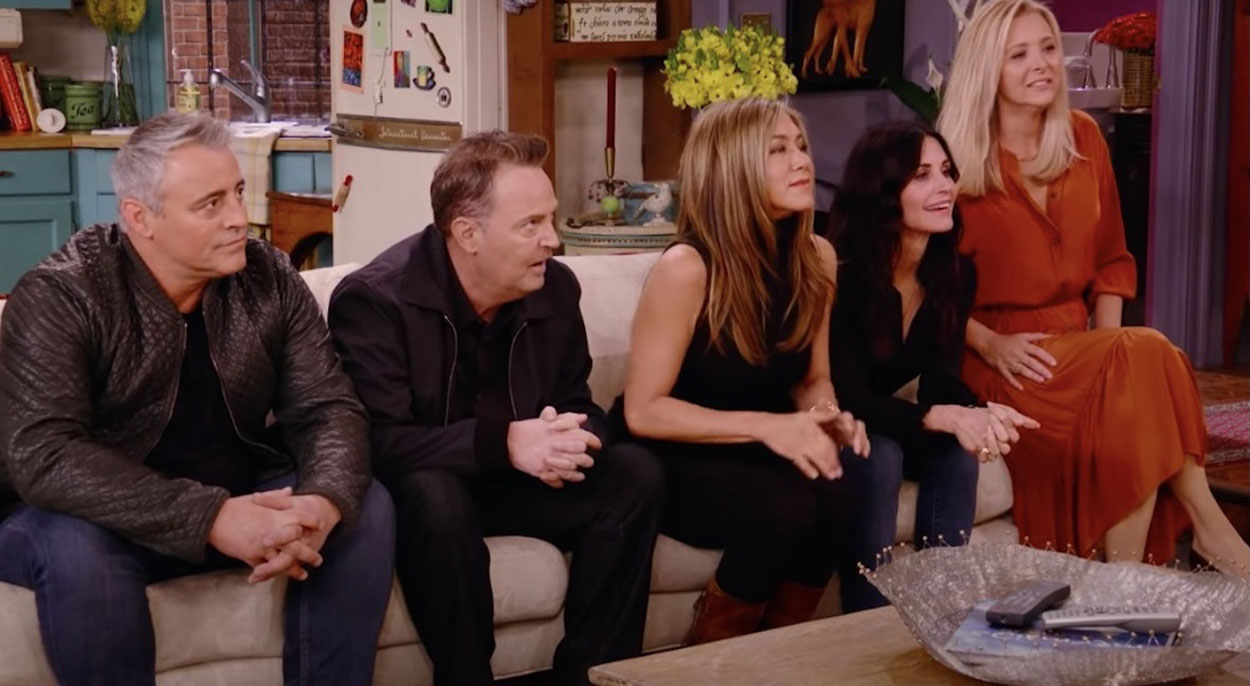 “Ah! When’s this gonna end?” exclaimed Rachel switching off the television and putting down the remote on the table. The group gathered at Monica’s apartment the night before the lockdown was announced. “It’s just sad, you know, seeing so many people go through such a hard time,” said Monica, covering her face with her palms. The silence was broken off, with Joey entering the room wearing a cloth mask, upside down. “And that is how ladies and gentlemen, the virus infects you!” Ross stated. Monica shook her head “You’re wearing the mask inside out Joe.” “Oh!” He eyed the mask and took it off. “By the way, do you have a beer? We ran out of ours.” He asked, opening the refrigerator. “Oh! No No! That is not happening” Monica got up from the sofa and walked towards her. “Lockdown’s going to happen soon, and well, we need our stock,” she continued. “Well, alright. If you are not going to give us beer, we will not give you…” he turned towards Chandler “what can we not give them?”. With Chandler giving him a blank stare, they knew it was a moo point.  “I think all of us should get all the necessary stuff we’d be needing” Phoebe intervened.

It was almost midnight when Monica and Rachel heard a knock on their door. Both peeked out of their doors and stared at each other before slowly moving towards the door. Afraid of who it might be, Rachel picked up a pan lying on the kitchen top. Monica opened the door only to realize it was Phoebe with a duffle bag hanging from her shoulder and her guitar on the other. “Phoe-” Monica started but was cut off by Phoebe “Person living in the apartment next to me tested positive. I feel so scared. ” “Aw Phoebs, you can have the couch. We’ll see all of this tomorrow.” Rachel started yawning and went off to her room. Monica sanitized Phoebe’s hands, her guitar, and her bag. She went ahead to put all her clothes in laundry as well.

The following day, Monica’s apartment hosted everyone for breakfast. “Where’s Chandler?” Monica asked as soon as Joey arrived? “He’ll be over, he has some work stuff.” “What does he do again?” questioned Phoebe looking up from her breakfast. After the silence of a couple of seconds, with a stuffed mouth, two toasts on the plate and the hand reaching out for another Joey answered, “Something”. “Yeah” everyone murmured.

“Hey, by the way, Phoebs what are you doing here?” questioned Joey, and Phoebe started explaining how she is too scared to be living in her building anymore. “Maybe we should invite Ross, too, to see if he can come. At least, we would have each other. Also, he might be able to bring beer.” Joey suggested with a wide smile. “Ah-ha! At your own risk. He’ll stay at your apartment” Monica stated.

Later that afternoon, Ross came in with a suitcase to stay with Joey and Chandler, and incidentally, the lockdown was announced for a week that same evening. All of them were sitting in Monica’s living room. Phoebe was trying to make a new song, Chandler was explaining to Joey how the virtual dates were the only dates he could have now, and to Joey’s disdain how, ‘How you Doing’ wont have the same effect on text as in person. Rachel was standing near the kitchen, almost bored to death, listening to Ross go on and on about the importance of masks, and Monica having just put her cookies to get baked in the oven, was scrolling Instagram looking for new recipes.

“Ugh! It’s just the start, and I am so bored already.” Rachel started coming towards the sofa with Ross following her. A silence followed Rachel’s statement. Phoebe stopped playing her guitar, Monica and Joey looked up from their screens, Chandler put his hand around Rachel to comfort her as she rest her head on his shoulder.

Monica rushed back to her room, and as everyone looked at each other with a confused glance, Monica came back with a stack of boxes. “Board Games!”, she exclaimed. Checkers, scrabble, monopoly, she had it all, with a ton more ideas. Ofcourse Monica had a solution! “Which one?”, she asked. With Ross’s margaritas, Monica’s special cookies fresh out of the oven & Joey’s special pizza, the group huddled around the centre table.

And at that moment, they knew that even though it was just the start and it might be tough, they would get through it just fine (just like we would).